Today's suggested table topic: show or describe a painting or drawing that you thought was good, but later realized was not as good as you thought it was initially. Do you know why did you changed your mind?

Celeste: I think it is important when you look back at your older work that you don't disparage it. Learning to paint is like learning a language. You’ll make mistakes, but eventually (if you stick with it) you'll understand more fully. I brought in a portrait I did from life a long time ago. It is more of a drawing in paint than a painting. I don’t want it photographed. I’m showing (for comparison) a more recent portrait of that shows a better understanding of color temperature. I am also showing a couple of exercises I've done recently.

Eunice: I am currently working on a painting…. and to me it seems like the figure in it is too big for the garden (Laughter)! I didn't bring it in. I’ll continue to work on it. I have been “rehabbing" my studio. We've gotten new windows throughout the house.

Tedd: I brought in a drawing that I liked when I did it, but then later on I didn't like it quite as well.  I noticed that the hands looked out of proportion. (However, I think that the drawing does has good qualities despite this). I brought in a book about Peter Brown.

Betsy: The advantage of watercolor is that you can paint on the back. Also when you're a watercolorist you can crop like this! (Betsy produces a pair of scissors and chops away at a painting)!  (Laughter)! (The paintings was improved)!

Charlie: I think that this is a very good question. Sadly... I'm not happy with a lot of things that I do (Laughter)! I did this copy of a painting by Dégas. I will show it but I don't want it photographed. I started out liking this and end up not liking it. I think it's just a change in my taste. I simply no longer like this painting by Dégas (Laughter)!

Tom: I don't like 99% of what I do Laughter)!  I can almost always make something look pretty good if I have multiple sessions.  I find that when I revisit a painting I ruin them completely or sometimes I fix them…(no in-between).  Alla prima is a challenge. I didn't bring in an example of what I don't like... however I brought in something that I do like. I've always liked this painting that I did of some potatoes and an onion. (Editor’s note: agreed! It has an early van Gogh quality)

Brenda: Often I find that the beginning of the painting is where it can all fall apart! Having a solid plan in place from the very start is the best. I am showing you a painting that I did recently that just does not have enough contrast. I don't want it photographed. I will show you something, however, that I think was more successful of a similar “pattern” subject. This was done recently at the Villa Catalana paint out.

Renita: I was doing a series of Tea type of items…. like tea kettles. There was one painting where I actually forgot to paint the spout of the teakettle, "Doh!" (laughter)! I have been in New York city visiting my new grandchild (applause)! I visited the New York Botanical Garden and saw a wonderful show about Frida Kahlo’s gardens. http://www.nybg.org/frida/ 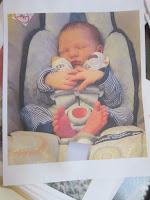 Stephanie: I did acrylics for a long time. The nice thing about acrylic paintings is that you can paint over them. There have been times when I didn't know what one of my canvases was... Is this an acrylic painting, or is this a oil painting? What you can do to tell the difference is smell them! The oil painting will always have a hint of that oil smell associated with it. Acrylic smells like nothing.

I painted at the Farmer’s market on Wednesday. I wanted to show you that I painted an acrylic painting and later I painted the same scene as an oil painting. I like the oil better.  I like a more abstract look best. Less detail is better! I'm also showing my painting from the Villa Catalana. Last year I struggled. This year I did not! I had a great time and painted the beautiful building.

Bill: Years ago I visited the National Portrait Gallery in Washington DC. I saw a wonderful painting by John Singer Sargent there. Walking through the gallery I noticed two young people who were asleep on a couch. It was touching…their parents probably wore them out making them go through the whole Museum. I took a photograph of them and I did this painting from that photograph. I liked this painting so well that I even made prints of it. Recently, I wondered if perhaps I used too much blue in this painting…. because the children look almost dead to me! (Laughter)! I have been painting a young person from life. I set up Netflix for the child to watch while drawing her. It hard to keep a child
still….I’m continuing to tweak this Netflix/ipad system. Like a “beta test"

Jim: I just finished two paintings that are somewhat like the paintings from last week (marine/boats). I thought at the end of my work that it was too tigh...t so I just I just added more paint! (That seemed to work). Most of the time when I have a bomb I I know I need to go back and do some thumbnails. Probably something happened where my initial idea was derailed. As for today’s subject, I did this painting a long time ago. I wanted to do something “poetic". I called this painting “haiku". I look at it now and I just don’t think it’s “me”!  It's it's just too much. (Editor's note: but most liked it. Sorry, it was difficult to photograph).

Karen:  (new welcome Karen)! I brought in the painting that I did in the Jef Gunn's plein air workshop. It was a long time ago. I liked it at the time, but now I think I’d do it differently.

Mike: The only difference between a good and a bad painting is that a good painting has less mistakes than the other painting does! (Laughter)! All paintings will teach you something. They serve as examples of what to do or what not to do! (laughter)! I have been deligently working on my self imposed color theory project of charts. I follow a work website called Handprint. All the watercolorists know about this website. I'm showing you different charts that I have done recently that show various gamuts and ranges of colors. These charts are invaluable to me, because I learn while I do them and I can refer to them later. (I laminate some of them).

Za: I am always experimenting. I stay excited about lots of things! I like all the elements to work together. The thing about noticing that something about your painting isn't good now means that you've grown enough to be able to see that. You need to congratulate yourself for this! I painted at Ecola Park recently with Eric Jacobsen and Mike Orwick. My painting didn’t work out—but that’s ok! I brought in the painting that I am submitting to AIS.  I will be looking to get a box for this to ship it!

Loretta: I brought in a painting that I did intentionally very, very light. I did that on purpose…but in retrospect, this might be too light? (everyone agreed…no!) “Frame it”!

Diane: As you know, I have plein air fear. I do like to be outside but the whole time it's a battle... a constant battle. (Laughter)! I have recently become a caregiver. It means I can't really do my oil paintings right now. I have been investigating color pencils and I have been considering different “dry media" ideas. I am showing you thumbnails for some of these ideas that have to do with religion. I experimented with colored pencils, special paper and with cold wax. I think this is going to work great for my ideas. I won't have to use an easel and it will be as good as painting, I think!

Lisa: I recently purged a lot of things from my studio. I put some dreadful paintings in the garbage. I am bringing in a painting that I did from my photo. I look at it now and I think no this is not very good because it doesn't really have a focal point. But! it is from a drive/trip that I took when I had a wonderful time…. so I like the painting because of my positive memory of the day.
I usually do an underpainting when I do a painting. This painting I'm showing you…it did not look good in the beginning at all.  I was really about to throw it away and I thought to myself "maybe you can save it" and I feel like did! I'm so glad I didn't throw it away! (Laughter)! I'm also showing you another painting from my garden.

Medley Tea needs drawings/ paintings by next week early in the week (I will give you the time when I know it for a fact).

Brenda: there is an Art Elements reception tonight for Jackie McMartin 5 to 8 PM.

Tedd: The US Bank in the Pearl will have a show of portraits. I have been responsible for pulling this together. It is the Oregon chapter of the portrait Society of America. We will have a first Thursday in September.

Za will be “Painting the Peninsula". She is also a juror for the Hillsboro show.

Sign up for Hillsboro sooner than later. The prices this year are exceptional. The fundraisers did a great job of increasing the prizes.

Karen tells us that there is something called Beaverton Arts Mix they will have a quick draw in the middle of October. There is no entry fee.


OSA is having their 200 for under 200 show. This is an open call to everyone not just OSA members. Carol Marine is going to be the Juror.
http://www.oregonsocietyofartists.com/events/2015--200ProspectusCallEntry.pdf

The Hood River show is up until August 30:
https://www.columbiaarts.org/exhibitions/11th-annual-pacific-northwest-plein-air-event/


The friends of easels meets on Mondays in the Gorge. You can always just show up with them.

That's it for today thank you for coming and sharing your ideas and your paintings next meeting Thursday, Sept 3  Suggested table topic…Acheiving “glow” What do you know about making something “glow” in a painting? 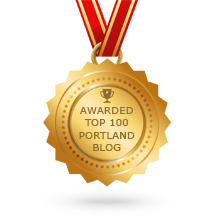